Practical Hung Kyun presents his masterful contribution to Lam Sai Wing Memorial Book, dedicated to thorough analysis of the history and training principles of this “Treasure of Hung Kyun”.

END_OF_DOCUMENT_TOKEN_TO_BE_REPLACED 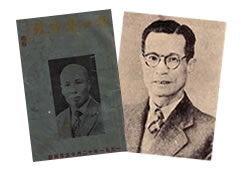 The study was written by Grand Master Lam’s nephew and successor, late Grand Master Lam Jou (1910-2012) in 1951. It discusses the brief history of the set as well as its core principles and its role in the todays Hung Ga curriculum.

Special thanks to van’t Slot Sifu for allowing our website to publish it online. If you want to learn more about Hung Kyun, its history and famous masters, please download the complete Lam Sai Wing Memorial Book here. Let’s give the word to the Grand Master Lam Jou: END_OF_DOCUMENT_TOKEN_TO_BE_REPLACED

Check out our latest special release!

One of the last few surviving and rare copies – scanned, restored, edited, translated to English and converted to digital format for the future generations!

END_OF_DOCUMENT_TOKEN_TO_BE_REPLACED

Only selected few learned “Iron Thread Set”. Lam Sai Wing has learned Tit Sin Kyun after 16 years of study under Wong Fei Hung. It is a harsh and unspoken truth that even many very famous Grand Masters a well as current Masters have never formaly learned Tit Sin Kyun from their Sifu – the either learned it from (watching) their Si Hing, from Jyu Yu Jai’s book, or a video, usually using the Dragon Form part of „Five Animal Set“/“Ten Forms Set“ as the basis for re-construction of Tit Sin Kyun. END_OF_DOCUMENT_TOKEN_TO_BE_REPLACED

Grand master Lam Chun Fai started his Hung Ga training at the age of 5, under the guidance of his father, Lam Cho. He trained seven days a week, 6 hours a day (2 hours in the morning, 2 hours in the afternoon, and 2 hours in the evening). END_OF_DOCUMENT_TOKEN_TO_BE_REPLACED