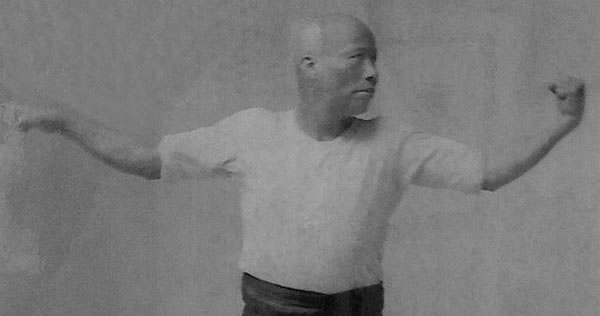 There is much more to Tit Sin Kyun, such as the “Twelve Bridge Arms” (Sap Yi Ji Kiu Sau) and its use in ground grappling/antigrappling, but we will not go into that here. Perhaps another article.
For now we will just focus on the sounds.

The sounds in Tit Sin Kyun are primal sounds, used for boosting the power/spirit on a technical level and for releasing mental and muscle tension.

“First of all, the body has to be ready and you have to practice with intention. If a person practices Tit Sin Kyun without intention, he is only acting like a puppet”, writes Wu Lap Fung in Lam Sai Wing Memorial Book (available HERE).

Some sounds may clearly indicate an emotion, such as ‘MMM’ anger, ‘HEHEHE’ joy and ‘JAAA’ sadness. However, the emotions should not be taken by the sound. With the sounds one releases. Therefore, on a mental level, Tit Sin Kyun is about letting things go, e.g. letting the stress or grief float away.

“In addition, there should be no timidness in your mind and no expression on your face”, continues Wu Lap Fung in Lam Sai Wing Memorial Book.

Another major aspect of the sounds is that they help the muscles tense and relax at the right moment. This will support the holistic mental aspect again.

As the sounds are short primal sounds rather than actual words, the sounds may differ a bit from lineage to lineage and from person to person.

The sounds can be structured as 10 sounds, based on the Five Elements theory/Chinese medicine, with five emotions each having two sounds (one sound for the Yin organ and one sound for the Yang organ belonging to a element (please se the notes below).

Others prefer to structure the sounds according to the 12 Kiu Sau and therefore have 12 sounds.

The difference between 10 or 12 sounds also seems to be based on the preference to breathe out throughs the nose or the mouth and the consequences of that.

In the Lam Cho/Lam Chun Fai lineage following sounds are used (based on my understanding of my sifu Lam Chun Fai teaching me).

Mostly at “Crossing Arms and Separating” (Sap Ji Fan Gam). Emotion to let go: anger. The short version is more powering up only, for tensing up the body while using “reverse breathing” (which isn’t really reverse, but compression breathing).

Used while breathing in, mostly at crowding hands, in some occasions at  “Raising Palms/Elbows “(Tok Jeung) in the side parts.

Elbow throw down after crowding hands as well in “Piercing Bridge” (Chyun Kiu). 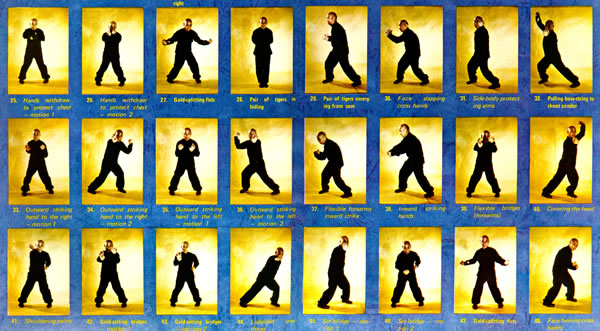 With three vibrating arm shakes to shake the tension out of the arms. Emotion: joy/happiness.

Used with uppercut and (some) elbow throws/raises.

Besides these 10 sounds, following 2 sounds are also used in some lineage sunder Lam Sai Wing.

11. ‘SSSSSHHH’ – at double cutting bridge at the beginning, breath released through the mouth.

12. ‘HOH’ – mouth release, air spiraling sound e.g. at pushing with soft/hard bridge. (However, note that Lam Chun Fai breathes out through the nose here and does not have this sound.)

Furthermore, there are some other sounds in the Lam Sai Wing book on Tit Sin Kyun, which is actually written by a grand student (a student of Jyu Yu Jai).

The most remarkable sound in the book is ‘YAAA-HEEE’ while covering and throwing an uppercut. Since, the sound ‘YAAA-HEEE’ doens’t match the idea of a primal sound, personally I have some doubts about this sound.

Some lists of Chinese Medicine/Five Elements Theory to understand the Taoist ideas a bit.
The idea of Tit Sin Kyun is based on this, however it’s not passed on in details which sound correspondes with wich emotion/organ. It’s rather passed on as holistic approach.