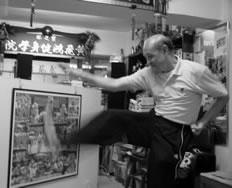 Shadowless Kick (Mou Ying Geuk): Feared, well guarded and often misunderstood “Secret Technique” (Bei Kyut) of Hung Kyun. It isn’t a fancy kicking skill to impress audience, on the contrary – it is invisible, pro-active practical fighting skill. As we say in Practical Hung Kyun: In other arts, beauty may be in the eye of the beholder, but in martial arts, the only judgement is whether or not it works.

Listen to Madame Mok Gwai Laan, Wong Fei Hung’s last wife, speaking about Wong Fei Hung: “His ‘Shadowless Kick’ (or ‘Invisible Kick’) was as swift as lightning. Madame Mok had learned and mastered this kicking technique from Wong Fei Hung but she seldom employed it actual fighting because it aimed at the enemy’s groin and would kill the opponent easily. ‘It’s too murderous to be employed,’ remarked Madame Mok.” 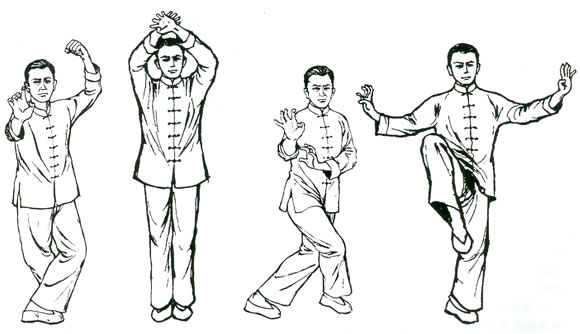 My Sigung, Late Grand Master Lam Jou, told me once: “In Hung Kyun, we never ‘just’ kick randomly – we always use ‘Shadow Hand’ (Ying Sau) first to distract the opponent and hide the real attack. Remember, ‘Shadow Above, Strike Below’ (Ying Seung Da Ha). That is the secret of Shadowless Kick.”