Long pole was one of Grandmaster Wong Fei Hung’s specialities. It is said that in 1859 he was together with his father Wong Kei Ying traveling through Gwong Dung province and giving martial arts performance  in various cities, such as Fat Saan, Canton and Seun Dak. 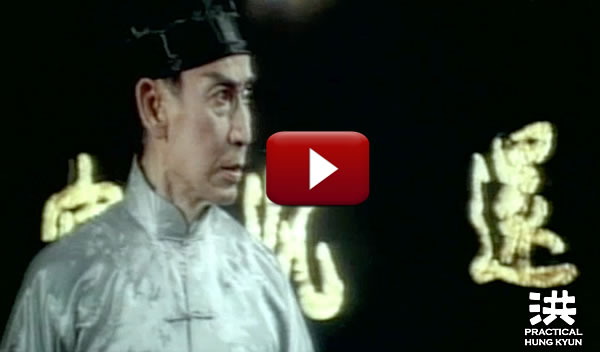 Nobody played Wong Fei Hung better than the late Kwan Tak-Hing, wouldn’t you agree? Nobody. Nobody even comes close. And it does not matter that Kwan Sifu actually did not practiced Hung Ga Kyun, but (Tibetan) White Crane.

The rare footage below comes from one of last Kwan’s Wong Fei Hung called Wong Fei Hung & Ghost Foot Seven – in English known as The Magnificent Kick, made in 1980. END_OF_DOCUMENT_TOKEN_TO_BE_REPLACED

Wong Fei Hung “once defeated a group of thirty men at the same time with a pole in hand”, says  the “Tigress”, Madame Mok Gwai Laan, his last wife in the interview for Real Kung Fu magazine (available in Real Hung Kyun, the complete collection of all Hung Ga Kyun articles from Real Kung Fu).

We don’t know much details  – his official biography from Fat Saan museum talks about incident in 1868 in Hong Kong harbor, where Wong Fei Hung defeated a local bully and about a dozen of the bad guy’s henchmen with a long pole. END_OF_DOCUMENT_TOKEN_TO_BE_REPLACED